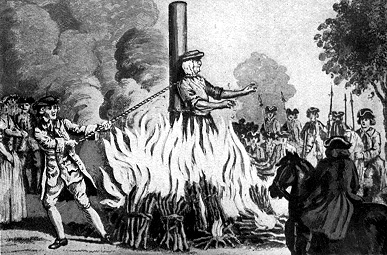 My dreams this past weekend were all over the board. Man – they were busy. Each morning I woke up more tired than when I went to bed — and this morning — hell, I have no idea what the purpose was for me to even go to bed. There was so much action that it was hard to grasp all of it.

Saturday night, as I was going to bed – a guide from my past – Iris – told me that I needed to go to Will. That whatever would happen in this dream visit would shift his awareness another notch and get him one step closer to the “ah-ha” moment. So that’s what I did — as I fell asleep I felt myself walk down my path to my Dream Gate – thinking about Will as I walked. Next to me was  another guide blast from the past – Jezell – we chatted about life.

The next thing I know is I’m going through the Dream Gate and into a courtyard — reminded me of a Southern Plantation courtyard. Will looked up at me and smiled. From that moment on everything moved in super speed – flashes of light, flying — with he and I having sex in the air.

After sex, I felt myself falling and I woke up with a start – still in the midst of finishing sex. You know – the kind of start where you sit up in bed and gasp. I laid there for awhile. Jezell told me to go back to sleep and find Will again – things weren’t complete yet. I can barely remember this visit with a beach and drinks inside coconut shells. Will was gone and I rounded the corner and Bill was there. But he didn’t speak – just passed one another and did that “hello” nod.

Yesterday I could tell there was a shift in Will’s awareness – but there’s still room for more.

Then last night the dreams were again very busy. Will and I were on a train, in a plane – driving along a countryside. I have no idea where we were – but we come up on this mountain range and I tell him that I want to build there. Were at the foot of a mountain and we find land we want. The next thing I know our house is built and it is Will, myself, my son and a daughter dogs, cats, horses. But our house and the stable is built into the side of the mountain. It’s really quite cool (look and feel wise) and goes very far back into the mountain with an indoor pool & spa. Back behind the home (the home has a back door inside of the cave) you can walk a about 1/4 mile and come across an indoor lake. The home is self-contained – we are off all grids.

He and I were next in rehearsals for our play. I’m petrified, he’s as cool as a cucumber:) He’s giving me tips on how not to die of stage fright – lol. We’re also discussing that kids could be in the audience so some of the sex that is in this play will be alluded to. This play is ad lib — although we have an outline to follow. It’s just he and I with minimal props.

Cut to opening night – once I’m on stage it was if I was always there. Right before we went on I looked over at him and thought to myself – how can I be scared of anything as long as he’s at my side? He’ll never let me fall.

As I’m sitting here – it just felt like I stepped on something with my right foot – ouch!! I have shoes on and didn’t step on a thing.

At the end of my dreams, I was at a restaurant (by myself) as I was going up to get seated – I saw Bill. He was there, behind me reading a newspaper. I made sure I said loud enough that it was just one for dinner:) The lady took me to a table that had people in it already. I’m like – I can’t sit here. So I went over to the bar. This extremely good looking man shows up and sits next to me. I ordered a Guinness and I think he got a whiskey. I have no idea what we talked about – but we were both very flirty. I remember telling him that it felt good to flirt – and that I’m happy I remembered how. He told me anytime – just give him a call. The only problem is I have no idea what his name is. Ahh – still no name, but he’s a baseball player.

I have noticed that in April Bill showed up every night in my dreams. He just popped up – sometimes we spoke, most times we didn’t.

In the shower this morning I was mulling over the BLACK TRIANGLE. This shifted to Will and his upcoming breakthrough and how I felt when I had my breakthroughs — especially with Bill, Ted and Will. Nothing took me for a loop as much as Bill as he was the 1st breakthrough — but each one took some time to get adjusted to and actually believe that I wasn’t crazy. Which got me back to Will and how was he going to feel when he finally had that breakthrough? Will he freak, will he be accepting, will he be curious to find out more?? As I pondered these points I was then shifted to thinking – what will be the catalyst for him? He should get a past life regression! That shifted me to the last past life regression I had last Oct. The first image that popped into my head was he and I in jail cells – he getting tortured and me having to listen to it. I heard Iris tell me to go to the next one.

So what flashed was the last life Will and I were together – when he was getting burned at the stake. Iris goes — push backwards. Jezell grabs me by my shoulder and yanks me backwards in time a few days. Will’s agitated — really mean and off sorts. I can tell by watching me that this was not the norm. He wouldn’t talk to me – kept being so mean. I come in from gathering fruit it looked like when he flies off the handle at me., He’s screaming that it’s over that he hates me and that I have to go – NOW. He was very matter of fact – get out, get out, get out. He had a bunch of my stuff bundled up. We had always had an agreement that if one of us was done with the relationship – that we would honor that choice and leave. So completely heart broken – and I mean completely – I honored his wishes – left and went to a neighboring town.

I’m just sitting at this stone slab for a table when a woman comes in and asks if I had heard about Jeremy (this was Will’s name in this life) and I said no. He’s in the town and they are going to burn him at the stake for witchcraft. It hit me why he wanted me gone – I grab a cloak and run as if my life depended on it. As I just finished that part – I burst out in tears (here and now) I can’t stop the tears.

I see myself running and crying and running – not stopping for anything until I get to a stream – I’m thirsty. I bend down to drink and I have a vision of what happened after I left. They came to get him, and on the floor was a woman dressed to be me, but with her face gone. He said that he killed me in a violent rage. An enormous amount of pain went through me and I ran and ran.

I’m in the center of town – it’s night and he’s in the middle of the pile of wood – tied to a pole. I ease my way through the crowd – hood up, eyes down so that no one will notice me. I stand in front – he knows I’m there and he finds me. Telepathically he’s telling me over and over again that he’s sorry — and that he loves me. Over and over he says it — don’t you ever forget – ever how much I love you. I will find you again – I promise. I too echo his love and keep telling him how much I love him and that no matter when it is that we find one another – I will do whatever it takes.

He screaming – the fire is consuming him and I know not to cry because they will find out about me and all this will before nothing. Our eyes stay on one another until there is no more life in his eyes. I can see a white light float from his body and go up to the sky. His eyes — I never forgot the eyes. That’s how I found him in this life.

Want to know more about telepathic, dream, or astral sex? Ready to add an orgasmic layer to your sex life no matter if you are in a relationship or flying solo? Check out my book Out of Body Ecstasy at Amazon today!
feature
Previous Dream Sex And The Self-Satisfied Way! Next Telepathic Foreplay, An Experiment, And Telepathic Sex!

And Then There Was Bill

0 Comments for “Will, Dreams, And A Painful Past Life Memory!”