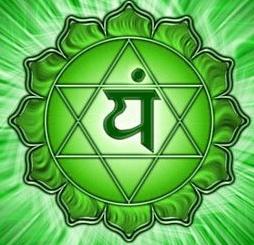 Tom is a strange soul. Not strange as in he is weird. But strange as in when he pops up in my life. There is no rhyme or reason to his arrivals & departures. He has never popped in when there was stress, or a major event. He doesn’t even make himself really known until I sense that he’s there. His energy isn’t as noticeable as the ones from my soul group.

Tom loves very deeply and passionately. Not just as a romantic partner – but to everyone he meets. He would give his last dime to a person if they needed it. He’s one of the good guys. And he’s also one of the misunderstood guys I am connect to.

I think it’s because of his people-pleasing manner – his desire to make everyone happy – that he has allowed others to control his life. Giving up control has caused Tom to lose – Tom.

I believe that is one of the reason he connects to me – because I will take Tom for Tom – not for what the world thinks of him or perceives him to be. I don’t want anything from him. Not energetically – not soul wise – not in our physical reality.

Tom is not one of the closest souls to me – he is not in my soul group. However, I feel he is in another soul group within my soul circle. My soul group overlaps with his soul group. I don’t know HOW that happens – it’s the overwhelming sense I get.

Control. Too many people allow others to control us. They do so by pulling at our strings – tugging on what is precious to us. It can be our family, friends, enemies, religion, jobs, clients, magazines, TV shows, movies, newspapers, and the list goes on.

Who controls your life?

In your soul group – can you tell who has control and who doesn’t? Needy energy is USUALLY how you can tell that someone is not in control. With Tom – his energy isn’t needy – but I can feel relief when hes around. That kind of sigh when you are in bed with someone and you snuggle into their arms – that kind of safe relief.

Do you seek others for relief or do others seek you for relief?