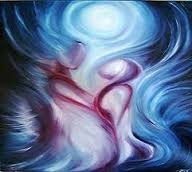 Do You Want To Connect To Your Twin Flame?

Twin flames and telepathic sex – Is it more accessible to sexually connect, or do you have the same struggle (at first) as everyone else?

Yes seriously, both. Why?

So by that alone, a sexual connect should be a piece of cake – right?

To connect with ease and fluency, two things need to happen:

Not familiar with how a twin flame energy feels?

That is what a twin flame energy feels like ALL THE TIME. Even when you’re mad at one another (yes, twin flames do argue).

About 1/2 of the population in the US believes in twin flames, even if he or she does not tell others of the belief. That’s a whole lot of souls who will have a difficult time attracting one another – for any purpose, even telepathic sex.

If your twin flame does not know you exist, it doesn’t make connecting impossible; it only makes it difficult.

->Listen to Allie explain a deeper insight into Twin Flames
on an episode of “Ask Allie.”<-

Full-on all chakras telepathic sex with our twin flame matches the intensity of astral sex. You can perform the above with a soul mate, but it will not have the same depth it will with your twin flame.

Check out our new store. Adding new products every week!

Want to know more about telepathic, dream, or astral sex? Ready to add an orgasmic layer to your sex life no matter if you are in a relationship or flying solo? Check out my book Out of Body Ecstasy at Amazon today!
obe sex telepathic sex twin flame
Previous OBE Sex and Chakras Next Ask Allie: What Does It Mean When Your Soul Mate Are Alive?

Soulful Connections: What Is A Twin Flame?