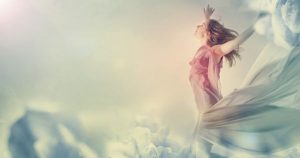 Dream sex – good lord there are times that I love to go to sleep . Josh is as gorgeous as he is giving. He’s the type of guy you want to lock lips with or kick back and tell your deepest secrets. He’s that man and lucky for me, part of my soul tribe. Josh has been around for several years, at least ten years, but it wasn’t until recently that he and I started to get to know one another again in this life.

Josh is as gorgeous as he is giving. He’s the type of guy you want to lock lips with or kick back and tell your deepest secrets. He’s that man and lucky for me, part of my soul tribe. Josh has been around for several years, at least ten years, but it wasn’t until recently that he and I started to get to know one another again in this life.

No, I haven’t talked to Josh in person. But we do some incredible bonding soul to soul. Our most important soulful connections start at a soul level and expand outwards. So to do the most important groundwork without outside interference is a heavenly gift.

Ian 2 is responsible for bringing Josh out of the energy fringe and onto center stage. Another reason why I’m tickled Ian 2 is my twin flame.

At the beginning of the dream, Josh and I were on this large wooden deck that overlooked a snow-capped mountain range. We were each sitting in a large wooden chair next to a fire pit. It wasn’t too cold out, but there was a nip in the air. He was telling me on how I couldn’t out fence him. I challenged him to a duel right there. He laughed and said – slow it down tiger, does this look like the place to sword fight?

Of course, it didn’t — but I still wanted to go for it.

He laughed and commented how much I hate having him challenge me.

He’s so right — I can’t stand it when someone tells me I cannot do something.

Next thing I know we are inside of the house in the game room – playing pool. Pictures line the walls of us on varies vacation locals – from NYC to Miami to Bora Bora and even Egypt & the UK.

I bent over to line up my shot when he slid on up behind me. “You smell good,” he growled. Determined not to let him ruin my shot – it took everything I had not to focus on his bulge against my ass. And he smelled like patchouli. Oh lord!

I thought to myself, “Fuck this keeping it together.”

I threw the cue stick on the pool table, turned around, grabbed him and threw him on the table (it’s a dream — I have superhuman strength). As I climbed on him, we were suddenly naked.

His lips soft, his mouth tasted salty – as if he had a couple of fries before we started to kiss. His tongue explored each crevice of my mouth. As much as I wanted to be in charge, there was no way I could. It felt freeing to be under his spell. Liberating even.

It takes an act of Congress to allow me to let my control slip….

…or a dimple-faced southern boy.

He grabbed me and flipped so that my back was on the table. His tongue trailed over my collarbone. When he got to my left nipple, his tongue gave it a little flick and then a long hard suck. When his attention turned to my right breast, his fingers slipped between my legs to play with my clit.

My hand slipped to the back of his head and grabbed his head and shoved his mouth down on my right nipple. He lit into that nipple at the same time he slid his fingers inside of me. I had no idea how much of this I was going to be able to take.

Riding the wave of ecstasy, we were kissing — when suddenly I woke up. My instant headache told me that he was yanked out of the dream – so our shared dream experience was shut down hard and fast.

I smiled my way back to sleep.

Have you ever had a kick-ass sexual dream before? Share in the comments below!

Have dream sex tonight! Grab your copy of “Out of Body Ecstasy” and feel the ENERGY!

Want to know more about telepathic, dream, or astral sex? Ready to add an orgasmic layer to your sex life no matter if you are in a relationship or flying solo? Check out my book Out of Body Ecstasy at Amazon today!
Previous Astral Sex: Astral Sex Booster, and Bill Next What Happens When You Unlock Past Lives w/Soul Mates