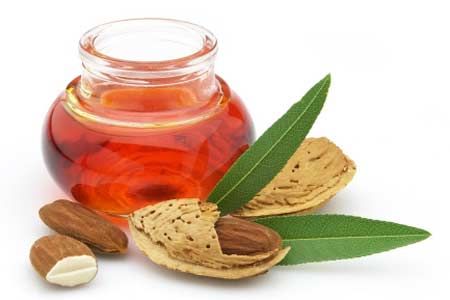 I could feel the telepathic connection engage. I knew on his mind – telepathic sex.

You need a break — he whispered lightly into my ear.

I shrugged off the energy surge I felt run up my back. No, I don’t — I shouted back. Stressed — I knew that I had to finish this last scene and get it off to my manager. But the scene just wasn’t working.

Will’s magical fingers took issue with my shoulders. His thumbs pressed into my back as his fingers kneaded my tense muscles. I could bounce a quarter off your shoulders — he said.

“How about you just put that quarter in my piggy bank so when this doesn’t sell I’ll still be able to buy food?”

I could hear him let off a heavy sigh. He removed his hands from my back – which only spurred me to type faster. I was so into typing that I didn’t notice his hands unbuttoning my blouse and slipping it off – or unsnapping my bra and getting rid of that medieval harness.

Toni Braxton “Your Making Me High, ” kicks in on my computer’s MP3 player.

The smell of almonds was very strong. I stopped typing. What are you doing?

His hands lathered in warm almond oil slides up and over my shoulders and down to my breasts. Oh — I gasped. His fingers glide over my nipples, bring them to immediate attention.

I stand and face him. He smiles. I cup my hands in front of me. He pours the oil into my palms. I rub my hands together to get them fully coated. My hands lightly skim the surface of his chest. The quick intake of breath tells me that my hands hit the spot. Our hands explore, tantalize and excite one another as our mouth engages in their adventure. I couldn’t help but think how much I love the way he kisses.

Inch by inch we remove what’s left of our clothes. Some how we made it to the bed. He eases me back on the bed and moves over to the nightstand. He places several drops of oil on his hands – joins me in bed. The sensations of him rubbing the oil on my body were almost too orgasmic for me to be able to handle. It felt as if my energy body not only grew out from my body but engulfed the room and beyond.

Two naked bodies sliding against one another — the slipperiness to it cracked the temperature in our bodies. It was so difficult to remember where I stopped and he began – or even if there were such a separation — ever. My left hand went stretching towards the nightstand and Will said – no. But — wouldn’t you like to try—- no he said. If we add anything else to this mix, one of us won’t be satisfied, and that will not happen.

On that note, he entered me – quickly. My back arched to bring him in closer. I immediately dug my fingers into his back. Not too hard – but hard enough. In the background, a train was nearby. The louder the train grew as it approached – the louder we became – each of us reaching orgasm just as the train was at its closest.

Will kisses me oh so tenderly. An idea pops into my head — I know how to finish the scene!

The telepathic connection broke and there I was — sitting in front of my computer.

I finished that damn scene – oh yes I did!

Will can stop by for a telepathic connection anytime he wants to!

Connect with soul mates tonight! Grab your copy of “Out of Body Ecstasy” and feel the ENERGY!

Want to know more about telepathic, dream, or astral sex? Ready to add an orgasmic layer to your sex life no matter if you are in a relationship or flying solo? Check out my book Out of Body Ecstasy at Amazon today!
Previous OBE Sex, Energy, And Daily Cleanse! Next Astral Sex and the Two Methods of Pleasure